The weather forecasts the previous evening and during the day were consistent - bad storms were on the way.   But early in the afternoon, after some early showers, the sky was blue.   It was still blue at 4 pm, and not too bad at 6 pm, either, although the wind was getting up.  The news reported that some companies had sent their staff home early!
However, a look at the weather radar on the internet revealed what was occurring.   There were a number of fast-moving, very intense cells of heavy rain, but mostly passing some distance from us.  Then at about 6.45 pm, the dark clouds were fast moving in on us, with an almost constant rumbling of thunder in the distance.   For about 10 minutes, we had an intense downpour, but it was soon gone, leaving calmness and a few showers in its wake (although there was some more rain later in the evening). 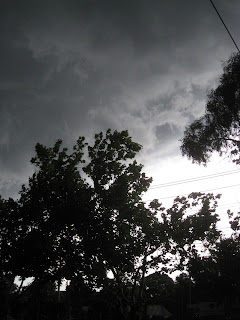 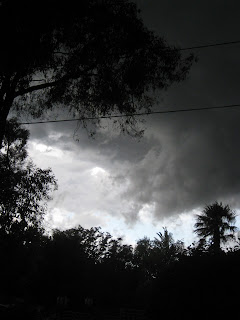 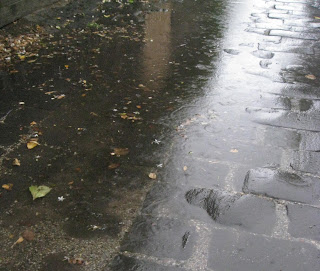